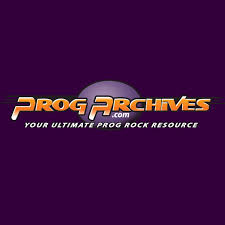 The name itself, Illàchime, is a nod towards the poetic sensitivity,as you can check visiting the band’s official web site or myspace page. You will also find description of their music, and perhaps a paragraph that bears the semblance of a biography, but it won’t be much useful until you experience the music itself first. It’s highly abstract concept when trying to be bounded with words, while the music might evoke all the pictures imaginable.
Apart from highly cerebral – and fragile – concept, the common denominator is academic approach, which will every fan of serious, intelligent music be able to appreciate.
Indeed, the band’s background reveals all the sophistication knitted in their musical ideas: down to the core, the band is Fabrizio Elvetico, Gianluca Paladino and Pasquale Termini. They collaborated with a number of musicians such are Rhys Chatham, Graham Lewis, Mark Stewart, Salvatore Bonafede, Agostino Menella, Rossella Cangini, Dario Sanfilippo and Carlo di Gennaro.
The QUARTET in their name became the rag, perhaps occasionally true, but perceptive for any implication audience may receive.
As stated on their website, the band’s nucleus is a clash of two powerful backgrounds – Elvetico with his academical degree in choral music and studying the history of aesthetics; and Paladino, digging deep into the building block of sounds of the real world among us, namely through technical aspect of sampling technology. As for the importance of other participants in their overall vision, the sources remained closed.
It’s easy to get disgusted – or at least fed up – with misused phrases such are ‘unique band’ or perhaps reading a introductory one-liner which dabbles in pseudo-intellectual ornaments for band’s introduction: indeed their source goes as follows:
”Dynamic, raw, evocative. Saturated and kinematic, engaging and alienating. A strongly unconventional listening experience.”
The difference between ILLACHIME QUARTET and others is in the fact such a statement is true, and it reflects musical vision well, while not giving any reference points for actual delivery or musical ideas.
Stripping down the description to the most banal level, their music is interaction between piano, guitar, cello, drums and electronic environment. The major aspect of their music is, perhaps flipping traditional roles with ease; using rock formats for academic spheres of music – electric guitars for cold architectonics of polyphony, drums that are more underlining the melodies than giving a toe-tapping rhythm; electronic layers constantly murmuring in the background while not disrupting other subtleties.
To be very concise; ILLACHIME QUARTET is highly unique artistic unit which could easily perplex even the most experienced listener.